The Future: Seeing The Value in Digital Production Based Economies

The Value in Digital Production Based Economies 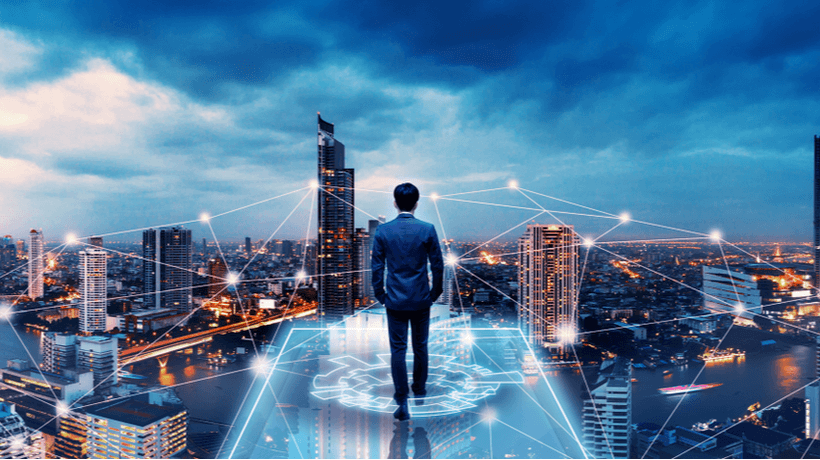 There exists an ecosystem of technological development geared towards translating human-centric value between the physical and the digital realms. Virtual Reality, Blockchain, and Social Media have created the foundations of a relatively new school of thought being explored in many modernized markets around the world.
Some people are referring to this new paradigm as the ‘Metaverse’, others have white labeled the proposed system as a ‘ but the general concept remains the same: How can we track valuable human engagement in digital systems?
I have simplified some of my thoughts regarding the collective direction of this development into three statements to guide the design of these systems which I will qualify below:

1. The value of human interaction in a digital space is scalar

First, the idea that the value of human interaction in digital spaces is based on the magnitude of engagement and not the social direction that interaction takes is fundamentally important to understand.
Simplified, this concept pertains to the idea that whether or not the content generated, or ideas shared, are inherently ‘good’, the potential value of that data is abstracted from that ethical bias, and the momentum of that engagement is held to a free market where all other goods and services are also abstracted from that bias.
There are some limitations to this idea when utilitarian principals are ignored and content creation or dissemination imposes harm onto another being; the value in this sense can only be a net negative for the creator which should not be introduced into the market.

2. Human interaction with synthetic data ensures that value is produced

Second, ‘Human interaction with synthetic data ensures that value is produced’ is an attempt to express the notion that humans and non-human entities coexist in the same digital space and will continue to do so. In this cohabitation, humans must be able to interact with any kind of data regardless if created by another human, or a bot.
However, the idea that AI, Avatars, NPCs, and robots are all synthetic entities that exist specifically to emulate real human interactions is growing so quickly that many thought leaders forget that this environment actually limits the potential value of real human actors in the same space.
Others are calling for clear and concise operations of powers between human and artificial intelligence. Elon Musk is one of the more prominent figures warning about the dangers of AI, but he is not alone. While some people ponder the future of cohabitation with synthetic intelligence, others see a future where Humans are not needed/wanted by an AI who deems our actions to be threatening.
This future becomes possible if actual human interactions are held to the same value-scale as bot created content. What humans can do well, and what non-human entities can also perform well in the same space, must reach an equilibrium or risk abstracting the lesser valued population from decision making within any proposed new systems as has been evident in similar technological upheavals in the past.

3. Mechanics of human interactions must be frictionless

Thirdly, ‘the mechanics of human interactions must be frictionless’ is not a new idea. In fact, one entity in the space has used this mantra before to describe an ‘internet of value’, that is possible when money and data move at the same speed. In our current digital environment, this is not the case.
The friction between data and value acts as a massive limiter to the potential of these digital spaces, why? Because digital spaces move so quickly that traditional financial processes sometimes fail to capture the viral nature of valuable content created on the Web. These ideas have created an age of informationpertaining to the value of data created by humans and shared in a digital space.

The general spirit of innovation within

these specific technology stacks have all found additional value in adhering to the
above guidelines. I believe that in the future if new systems are developed with these foundations in mind, adoption and valuations can increase exponentially.
Social media, an industry that has dealt with the hurdles of balancing bot-built content with the economic value of human-created content, has learned that interconnecting ideas doesn’t necessarily create positive energy in the world, especially if those ideas are based in negativity.

Social media has been a great example

of what happens when human data is used to devalue humans; and when a centralized entity can dictate the value of the data generated this way to third parties while abstracting
the value to the human creators.
The economic allure of blockchain and the decentralized data systems of a highly computerized world is
undeniable, but we must ensure that human value is maintained in that system. The abstraction of human
value in blockchain is the double-spend dilemma, where output can be manipulated by controlling the validation
of the input.
Virtual reality is a mechanism that I believe will allow for a new technology layer to propagate the transfer of
digital value through engagement. The different types of VR technology
all take human input, digitalize those
actions, and create near-realistic sensory output to trick the brain into accepting that sensory information is real.
As more data is created by the interconnected networks that we interact with, the more valuable those
interactions — and the networks they are based on become.​

This is where the Internet of Things comes into play. As more and more data is created by the interconnected

networks built through the hardware we interact with when experiencing augmented reality, the more valuable
those interactions — and the networks they are based on, become.

Consider for a moment the possibility

that in a digital space, where assets can be attached to virtual
identities, and the goods and services transacted with those assets can increase the engagement within the
system itself. When this happens, the economic incentive to create value while inside those systems will
be all but assured.
When humans choose to create value in digital spaces, rather than physical spaces, there must exist the same services they
have come to expect in the traditional economy. Exchanging assets, performing value-based services, seeking respite in the
form of entertainment, ensuring value is maintained over time, and voting based on your involvement within a system
are the foundations of any modern capitalist economy.
Each of these, and hopefully new foundations of a digital society, must be created within virtual spaces efficiently. The one condition of this directive is that these services MUSTbe less friction based than their traditional counterparts. If complex, high friction solutions are introduced to the market first, adoption rates decline which lowers
the potential for humans to produce true value before being replaced by more effective technology solutions.
Once humans are abstracted from the digital content creation sphere, engaging online becomes increasingly
hard. My focus in this space will be ensuring that pathways are identified to protect the human condition in
translating value into digital spaces.
In future writings, I will explore specific mechanics that can be combined to build the future I am proposing.

Joshua James, has been contributing hash rate and thought leadership in blockchain since 2012. The intersections of his Political Science degree from Arizona State University and the love for technological systems combined to create a passion for distributed ledger technologies and the socioeconomic frameworks that will need to be built around them. Josh is currently exploring financial compliance solutions on blockchain.
The Value in Digital Production Based Economies

Is TOR safe? Do not make me laugh.

New features on Pastebin will appeal to malware operators

HOW TO GENERATE TRACK1 TRACK2 FOR DUMPS 2022